So draft day is over. Not quite sure how I feel about the end result. I had the 11th pick in our PPR league and no shortage of opinions from Fantasy bloggers, friends and opponents telling me the correct draft strategy. There was also no shortage of trash talk from owners in the league. Many emails were sent containing misinformation and insults. Of particular note is an email sent by Chuckers containing his first round draft predictions. This led to this horrific comment by the 2012 Champion:

Burnham obviously is lying with his draft order. I think he wants Doug Martin with his pick. Just my guess.

And then this terrible indictment:

U should be in the Big Brother house Adam. U would do well on that show. LOL.

Tiring of this childish banter, I retired to my hammock to get down to work.

After all the prep and research on my hammock with my trusty phablet and iPad, I decided that I would go after Brees or Rodgers if they were available with my first pick and then go with a top RB on pick 14 (yes I KNOW this is a PPR league Jon!) The emails and comments on social media continued.

Misinformation came next, clearly exemplified in this quote and picture received just 29 minutes before the draft was to start:

Thank goodness for twitter to see all of the recent injury announcements. 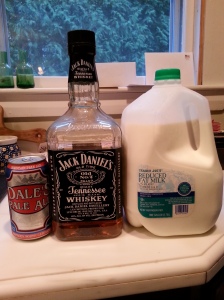 So I setup my workspace, grabbed a beverage, and entered the draft room. In our particular league, the owners are scattered across the country, so we have a conference call. I was ready. My strategy, computer, iPad, phablet and second monitor all ready to go!

So the draft began, and the first 10 picks went like this:

And then I was “on the clock.”

Rodgers was available. And just like that, I abandoned all of my hard work on the hammock, and selected Trent Richardson (RB) and then Arian Foster (RB) in the second round. An hour and thirty minutes later, it was over. My fate sealed.

During the call, there was a recurring knocking (three knocks in rapid succession). It was annoying and driving many of the owners crazy. References were made to the cause, yet it continued round after round.

That sound came from my phabet as I received texts. I hope that my fellow owners remember that sound, because just like the knocking did during the draft, my team will annoy and drive my opponents crazy. Keep looking over your shoulder and try not to end up like my good friend Poss seen here: